> Blogs > News > LED v Xenon Beacons - What is the difference?

LED v Xenon Beacons - What is the difference?

From alarm systems to vehicle warning lights and signals, lighting technology has been exceptionally developed in the last decade. As a result of these developments, technology has always sought to innovate and better satisfy needs of the consumer with both economic and industrial advantages.

The LED and Xenon Strobe are emanations of this technological development. So now the question is raised: Which one is better?

The LED (Light Emitting Diode) lasts longer than any other lighting device that can be found on the market. They have five times the operational life expectancy compared to a Xenon Strobe. When operating on a construction site for an extended period of time, the benefit of using an LED is that the beacon will obviously operate for a much longer duration, which ultimately saves time and hassle of having to replace or change the beacons mid use.

LED’s also do not interfere with any lasers or other on-site measuring equipment; this is because they have a lower electromagnetic field than Xenon’s whose high frequency tampers with lasers. This is mainly with newer, higher intensity Xenon’s, as you will find the standard rotating orange beacon will not create any interference at all.

Although LED’s have always traditionally been more expensive than Xenon’s, this is changing. LED's are now found in almost every lighting application there is, this has driven the costs down. Also another point to consider is that due to the fact that LED's use 60% less electricity, the cost in the long-run is even cheaper again than the  cost of Xenon’s over the identical time frame.

Here at HTS, we have undisputedly been the plant industry’s premier supplier of beacons for over 20 years. Our range of CENTAUR beacons from Radial uses quality LED's to produce a beacon that is ideal for the plant and construction market. 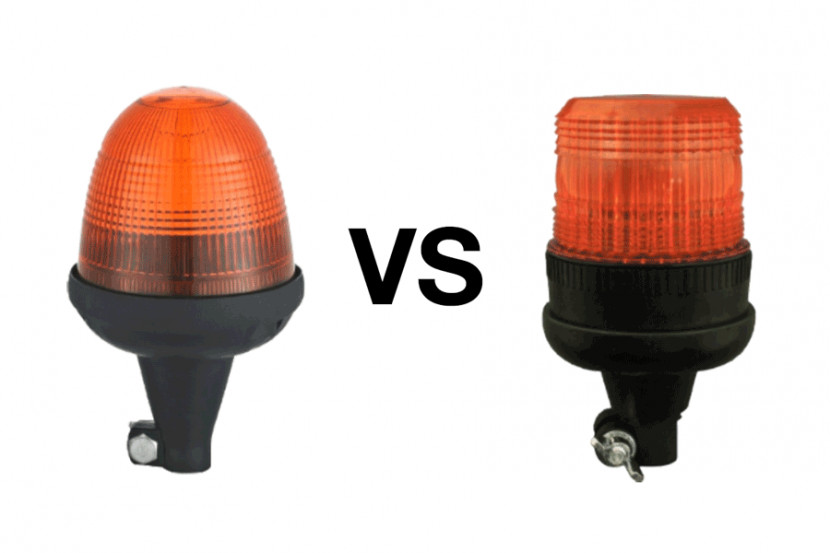 “The reason I use you is for the peace of mind. I know what I order is always here next day. If there is going to be a delay your office always let me know. Spot on.” Barry - March 2019

Need a hand?
The team know their parts. Give them a call for help and advice.
Get in Touch